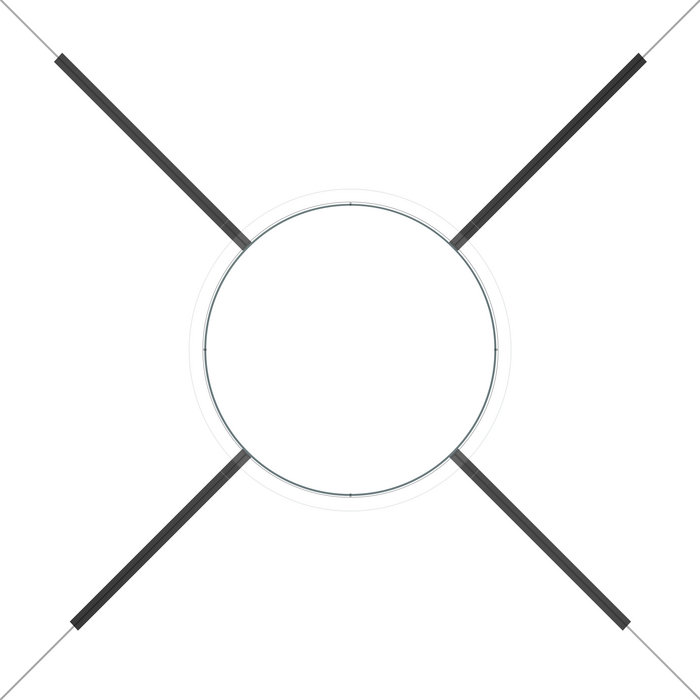 The MNS X series returns for its 4th issue after a blistering John Heckle EP with one from the Spainard mystic: Eduardo De La Calle. Featuring full EPs from the label artists, the MNS X series plays in the field of the analog, acid and techno.

For this, Eduardo De La Calle has put forward a tougher stance from his other silky productions, heading into the rough, analogue and raw terrain for Midnight Shift. The result packs a punch, rounded up with a remix by Hodge.

Getting straight into business out of his Ashram studio is ‘Roswell Case’ on A1. A relentless pulsating and slithering acid bassline anchors the raw and percussive track, making it a peak-time earworm roller that will resonate across dancefloors.

‘Synthesized Priorities’ takes the respectable second position and is another builder where the soul of the machine makes itself heard amidst a temple of ethic drumming. What is it spelling out to you? Don’t get hypnotised!

On the flip, the title track ‘Mexican Madness’ gets the Hodge aka Jacob Martin remix treatment, turning the opening synth groove into an all-out rugged union jack. Fire and another winning move from the Bristolian producer.

B2 goes to the original ‘Mexican Madness’, a twisted journey into the chaotic mind, led by an analogue synth and its friends. Get dizzy standing in the Mexican heat, as the crowd noise builds and claps around you. Too much tequila can just about begin to describe this peculiar product, waiting to wreck insane havoc on the floor.